Ranked PvP has arrived in Pokemon Go. You will be battling against people from all over, but there is more to it than loading a match and battling. There are a few aspects of strategy you should consider.

The regular Pokemon Go PvP system is used. If you’ve battled friends, team leaders, or Team Rocket, you’ll already be familiar with it.

When launched, there were some aspects being rolled out over time by player levels. If you’re still unable to access these things, give it time.

How To Start A Battle In Pokemon Go Battle Leagues

In Battle Leagues, to start a new battle, you will first need a Basic Go League Battle Pass to qualify for matches. Get this by walking around. Five battle matches require 5km of walking. However, you can choose to walk 2km or more and skip the remaining distance by paying PokeCoins.

What Are Premium Battle Passes?

Previously Premium Raid Passes, these are now called Premium Battle Passes. They offer a reward boost, increasing your chance at twice the Stardust, double Pokemon encounters, and so on.

The Battle League rank requirements are important to know if you’re a competitive player. If you’re new to the Pokemon Go Battle League, you will notice that your rank increases as you play. This impacts several things.

As you level up (or rank up), the players you’re matched against will change. The higher your rank, the better your rewards will be. The rank and rewards transfer between sets, only resetting after a season ends.

Below are the level requirements for each Battle League rank:

Your rank will not decrease due to losing battles. However, after Rank 8 it reduces your rating required to continue ranking up. Therefore, by winning your rating increases, by losing it decreases.

You will always be matched against players with similar ratings.

As you battle, you have the chance of being rewarded with Pokemon encounters, Rare Candy, Stardust, TMs, or other things.

Rewards depend on how many battles are won within a set of 5. Also, the Pokemon encounters are based on your rank.

If you’re playing the Pokemon Go Battle Leagues, you need to know how to win. If you haven’t yet, check out the rank requirements, as this increases your rewards.

Currently, we’re still in the Great Leagues, which is among the most popular of the leagues. You will need Pokemon under 1,500 CP to enter. If you have them, use the best Pokemon for the Great League, but there are many possible combinations. 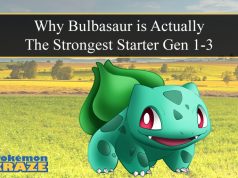 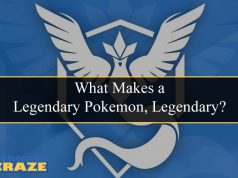 What Makes a Legendary Pokemon, Legendary?

What Pokemon Are You? 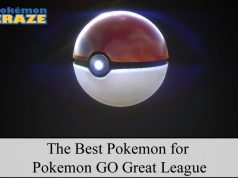 What Makes a Legendary Pokemon, Legendary?

PokémonCraze offers trainers a community full of information. We provide various guides, hints, news and videos in the Pokémon World!
Contact us: admin@pokemoncraze.com

© PokémonCraze. All trademarks, logos, and images are the property of their respective and rightful owners